This Is How My Desktop Looks – Screenshots

A colleague was recently ranting about Visual Studio and how many buttons those toolbars have by default. I am using Visual Studio 2010 for some time now, and got rid of the toolbars long ago. I also have two monitors, and wanted to share the way I have my VS and screen configured, so here are some screenshots.

This is what I have on the left monitor: 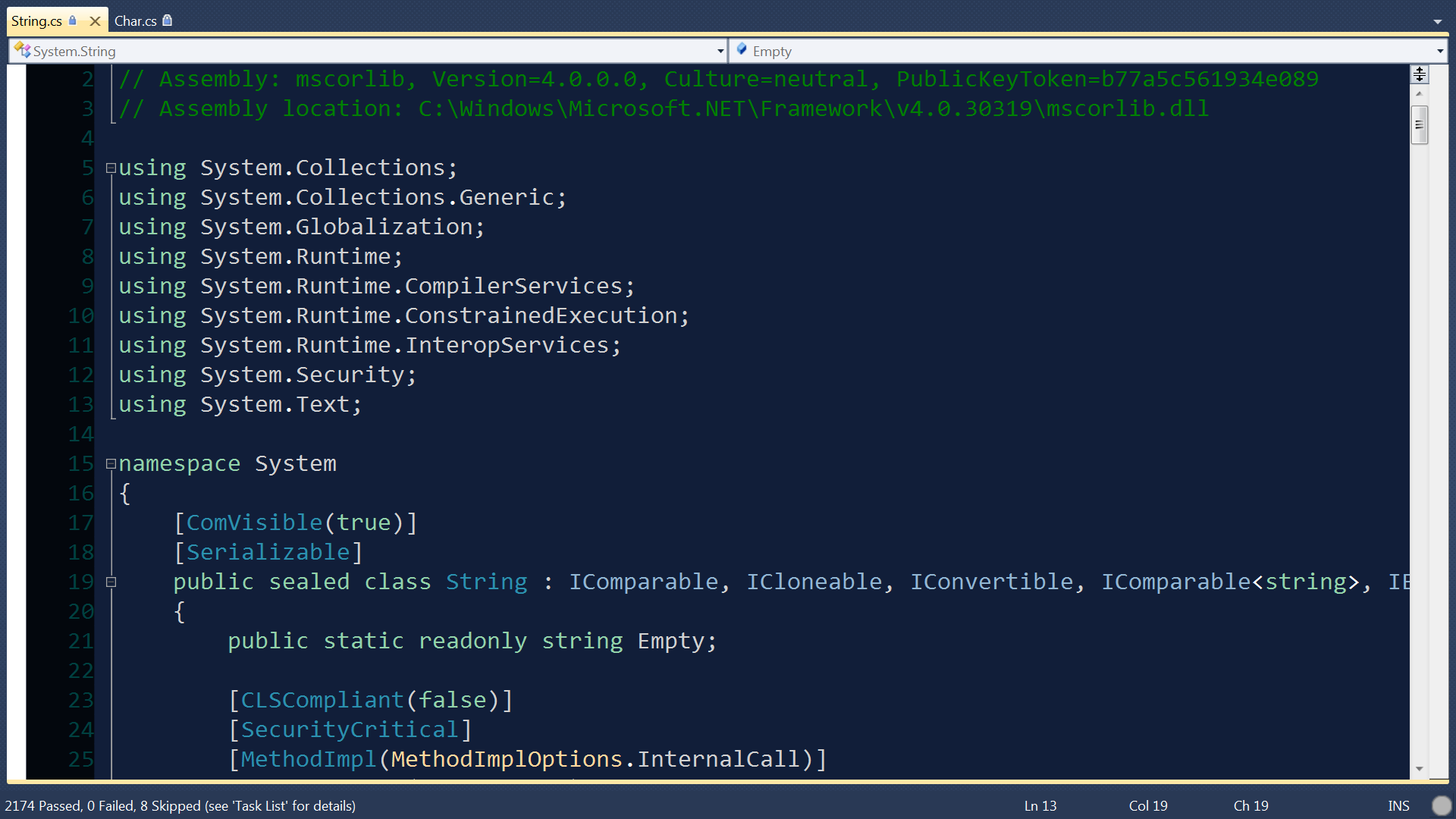 There are no toolbars and no horizontal scroll. VS is on full-screen mode. I sometimes use it without full-screen, but I have installed an extension that hides the menu bar until I press alt. My keyboard is also not on the center but aligned with this monitor, on the left. The color scheme is based on something I don’t remember, plus some minor tweaks over the time. The solution explorer shows on this side too with Ctrl+W,S but it is not pinned most of the time.

And yes, the fonts are big. I rarely go after the 80-90ish chars wide, and 25 lines is more than enough if your code is clean, your methods short, and your desing SOLID. Believe me, it’s not some 80×25 VGA text-mode nostalgia. My colleague and friend Carlos Blé (@carlosble) made me try huge fonts when pair programming, and I confirmed his theory: your eyes get less tired after a day of work if you have big fonts. ReSharper “light” on the lower-right corner.

And this is what I have on the right monitor: 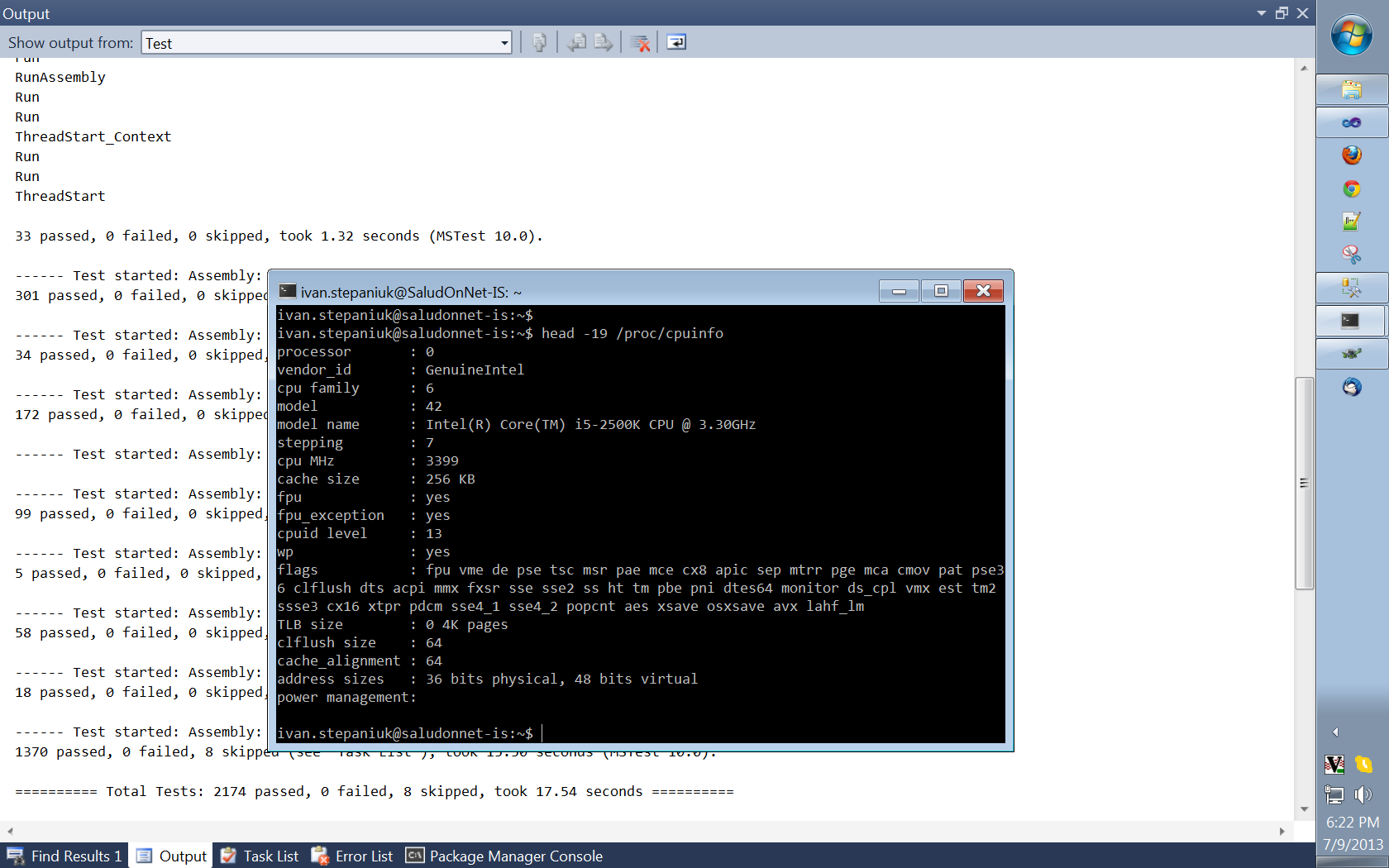 This is actually the primary monitor. I use the task bar (or whatever name this thing has now) on the right, and most programs not being VS will open on this side, away from the code.

That black console: Well… I needed something to cover up assembly names (to keep lawyers away). It is a fairly complete cygwin environment, I am a primarily GNU/Linux user, and been so for almost a decade and a half. I use it at home and also in my laptop, and sometimes feel pretty lost without *bash/**grep/sed/awk/printf/cut/sort/uniq/et. al. *

This is what my GNU/Linux Desktop looks like, at home: 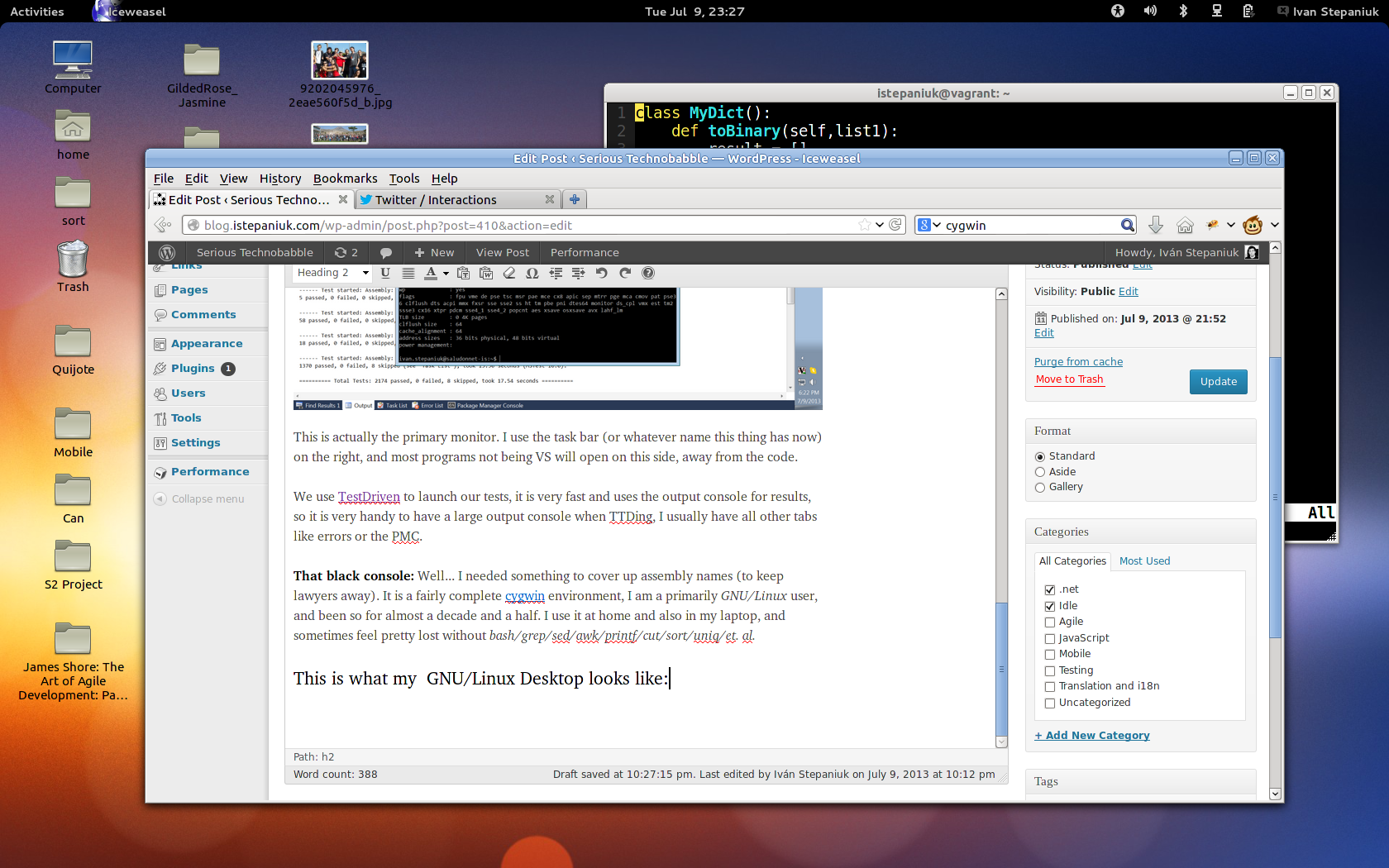 I use Debian (pinning Experimental/Unstable), Gnome 3. 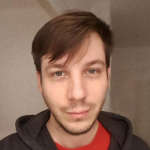 I have been creating software for more than fifteen years in a wide variety of stacks, languages and platforms. I advocate Software Craftsmanship and the Agile Manifesto, this has been a great motivation and helps me to continuously reinvent myself as a better developer that makes better quality software.

See my about page
©2014 Iván Stepaniuk. Licensed under CC-BY-SA
Site powered by Jekyll and the Noita theme, built with Foundation
RSS Feed